Why Does the Treadmill Trips the Electric Breaker When Motor Starts?

A motorized treadmill is an electric device that features an electric motor that drives the tread. However, when the motor starts, it can draw excess current that can trip the electric breaker.

GFCI (Ground Fault Circuit Interrupter) outlet flips its breaker if the current (given in Amps) flowing to the ground exceeds a certain value.

Both GFCI and AFCI outlets feature a reset switch allowing the user to easily reset the outlets.

A motorized treadmill features an electric motor and large tread which both attract static electricity - during a workout this is not a problem, since the treadmill is grounded through the grounding wire via a wall power outlet.

However, since the treadmill and especially its motor, attracts dust, pet and human hair, lint, and similar debris, as soon as the treadmill is plugged out, static electricity and hence static voltage start to increase - that is why some people periodically get a small electric shock from their treadmills and similar units even when they are properly grounded.

Now, when one tries to plug in such treadmill, elliptical, or another similar device, static electricity may trip GFCI and/or AFCI power outlet.

The solution is simple - reset the GFCI/AFCI outlet and discharge static electricity from your treadmill by touching some metal grounded object and the prongs that come out of the treadmill extension cord. And yes, some small electric shock is possible.

Also, be sure to maintain your treadmill properly - lubricate the belt regularly, and keep the treadmill clean. Also, a good treadmill mat can prevent the buildup of dirt.

When the electric motor starts, it draws more current for a very short period of time.

However, if the belt is not lubricated regularly, if the treadmill is not maintained properly, if the user is standing on the running deck, and if there are other obstacles and reasons why the belt requires extra power from the motor during starting, the motor might draw significantly more Amps long enough to trip the electric breaker or to blow an electric fuse. 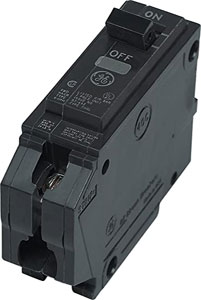 If that happens, check the documentation (Instructions/Owner's Guide) of your treadmill and check the electric requirements of the unit.

Some of the possible reasons for the increased starting power are already mentioned, but generally, they may be:

If the treadmill starts properly, the issue was too large a load on the electric breaker. 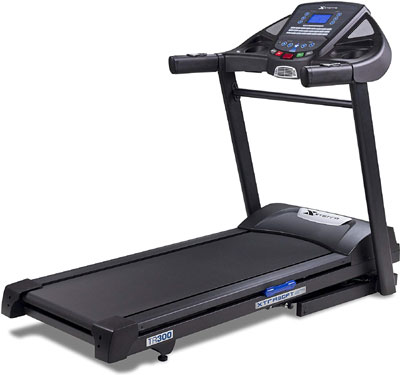 Long Story Short: If your treadmill keeps on tripping the wall power outlets, try to discharge the static electric charge from the treadmill's power cord.

In any case, maintain your treadmill properly and it will serve You well.